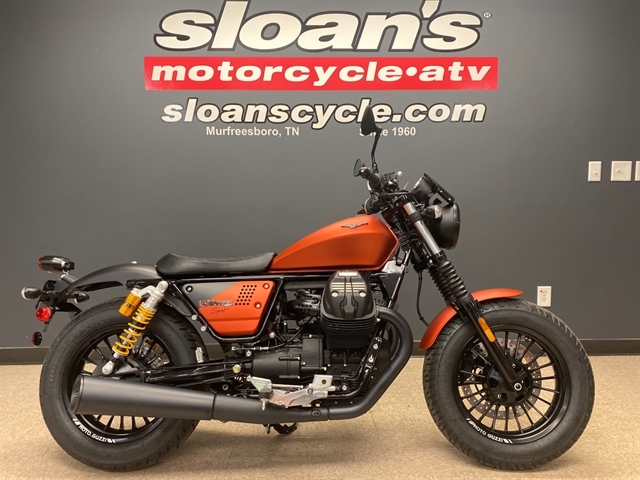 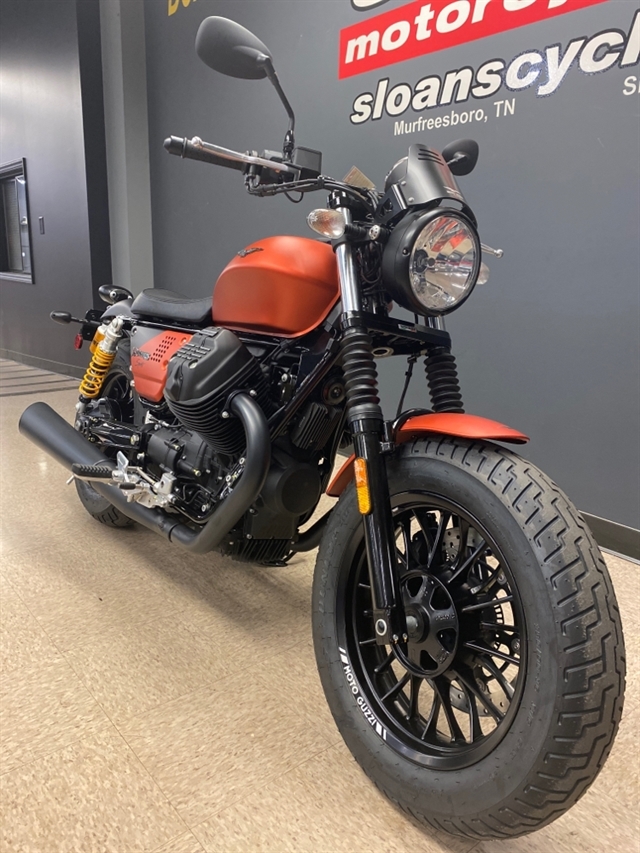 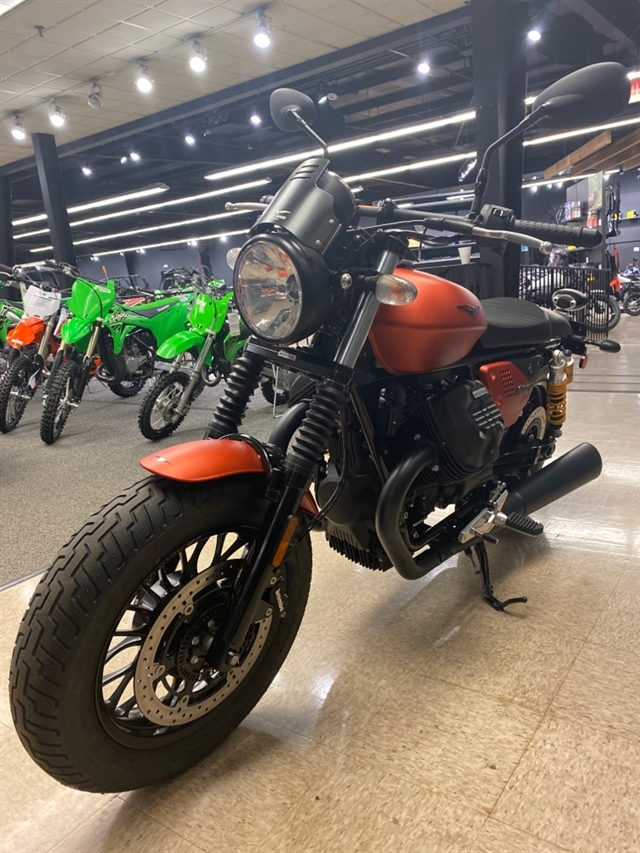 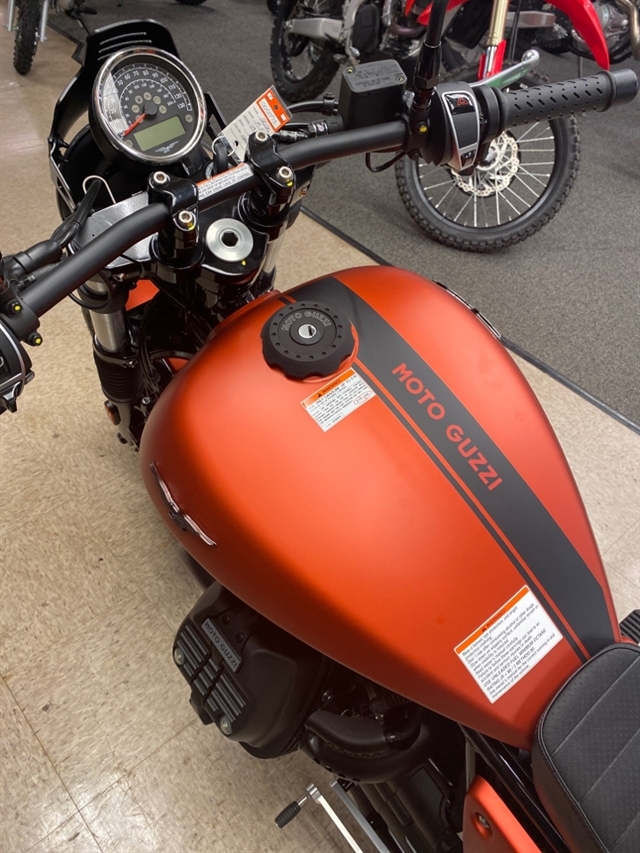 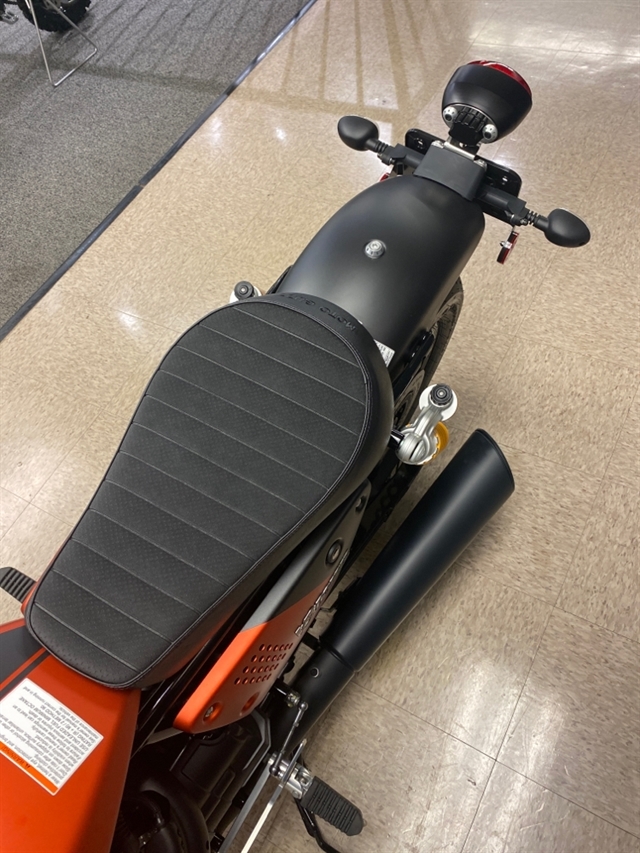 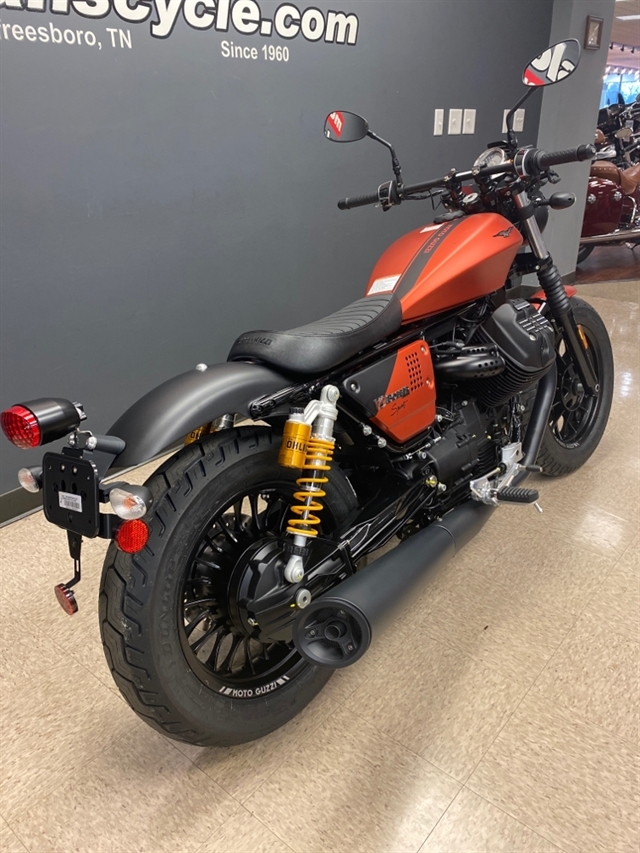 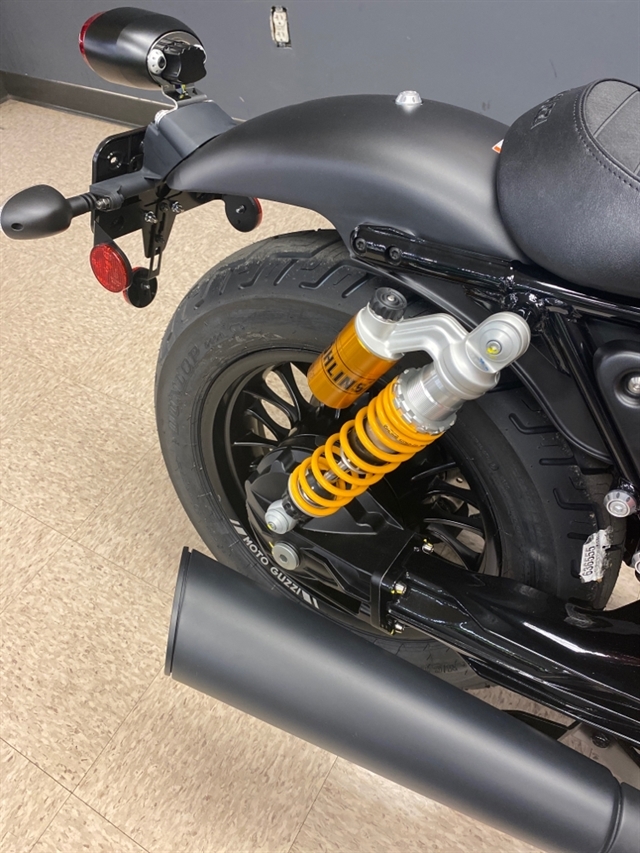 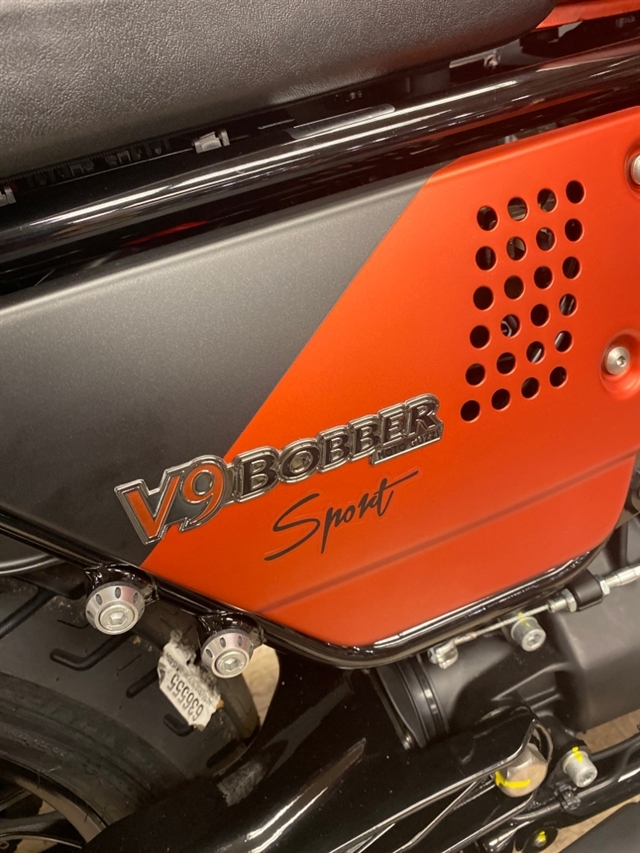 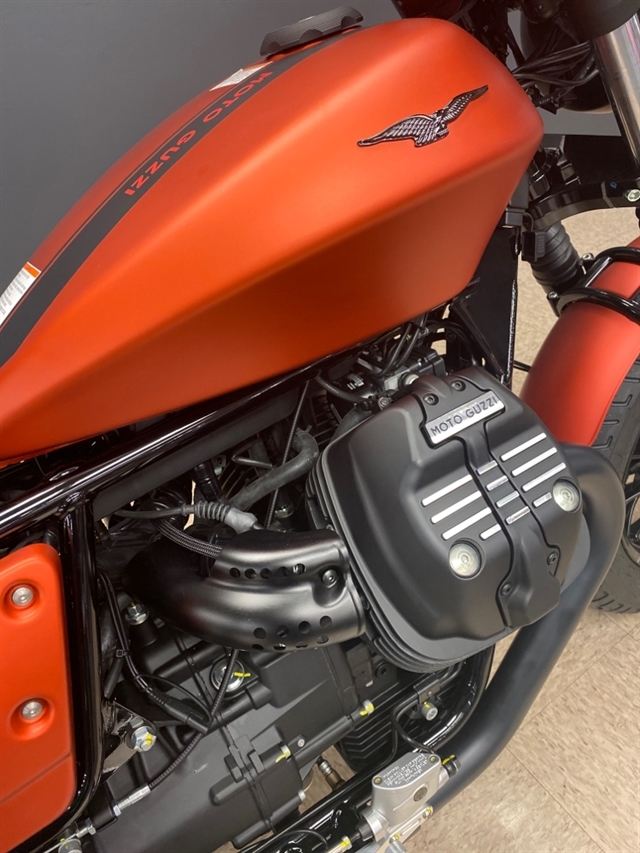 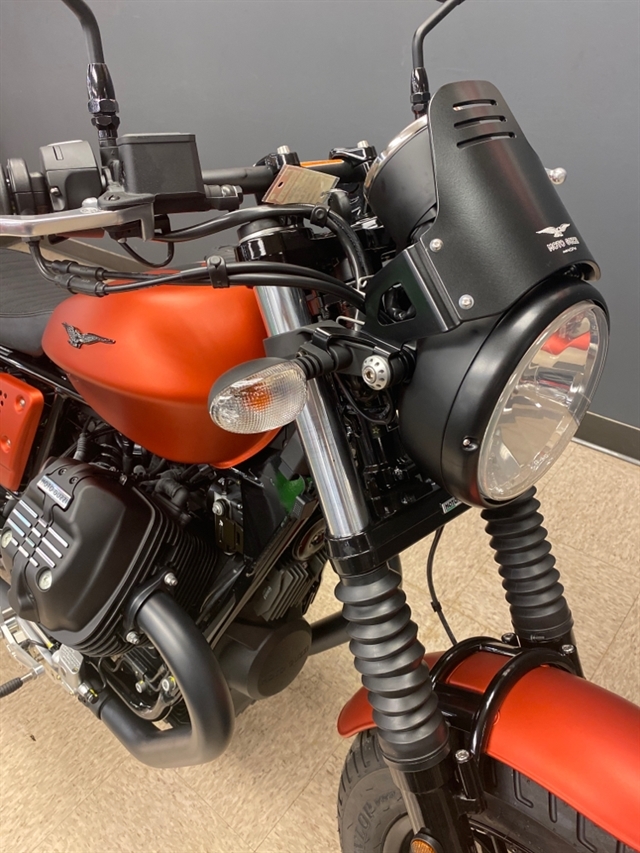 986 people have recently viewed it.
Description

A strong personality matched with an enduringly tenacious spirit. This is the philosophy behind the new custom Special Edition of Moto Guzzi, a homage to the mythical racing bikes of the 1950s.

Its aggressive, quickfire temperament sets it apart from its V9 “sisters” with whom it shares the muscle power of a true custom bike.

Its unique design is seen in every curve and its detailing in total black contrast with an orange base for a highly original and striking dual colour aesthetic. With its classic bobber style oversize tyres, the V9 Bobber Sport is set to deliver a coup de foudre to all who set eyes on it!

It’s not just about style
Biking qualities and riding pleasure get an even greater boost from the Öhlins shock absorbers with adjustable preload in extension and compression. The type-tested slip-on exhaust in matt black with aluminium cover intensifies the distinctive roar of the Moto Guzzi twin-cylinder 850 engine.

Down and close to the road
The lowered single-seat saddle creates a low-ride experience in the archetypal hunched-over, sporting riding position. Combined with the standard drag handlebar and riser which are shorter than the V9 Bobber, the result is lowered lines and an agile, zippy appearance.

Sporting DNA and agressive total look
Its “tough guy” DNA is instantly apparent in the overall look with the classic matt black colouring grittier than ever on this special version where it is teamed with vibrant orange. The bright fuel tank packs a colourful punch, adorned by the famous eagle in a burnished finish, and flanked by aluminium side plates.

More eccentric than ever
It’s hard to miss the fact that this V9 is a particularly bad boy. If its defiant two-tone colouring wasn’t enough, there are the numerous details such as the black aluminium fairing which dominates the front, the headlight lowered in typical racer style and the shortened front fender. But as with many bad boys, there’s no shortage of charisma!

NEW vehicle Selling Prices shown are not final and do not include our $299 ($199 on Youth models) document processing charge, Destination & Assembly costs, Tennessee sales tax, DMV Title and Tag fees, or any other taxes/fees required by law. Final Selling Price may be subject to changing incentives. Some incentives may require a trade-in, financing, or other specific qualifications and restrictions. Reasonable efforts are made to keep information on this website accurate, but Sloan’s does not assume responsibility for omissions or other clerical errors displayed on this website.